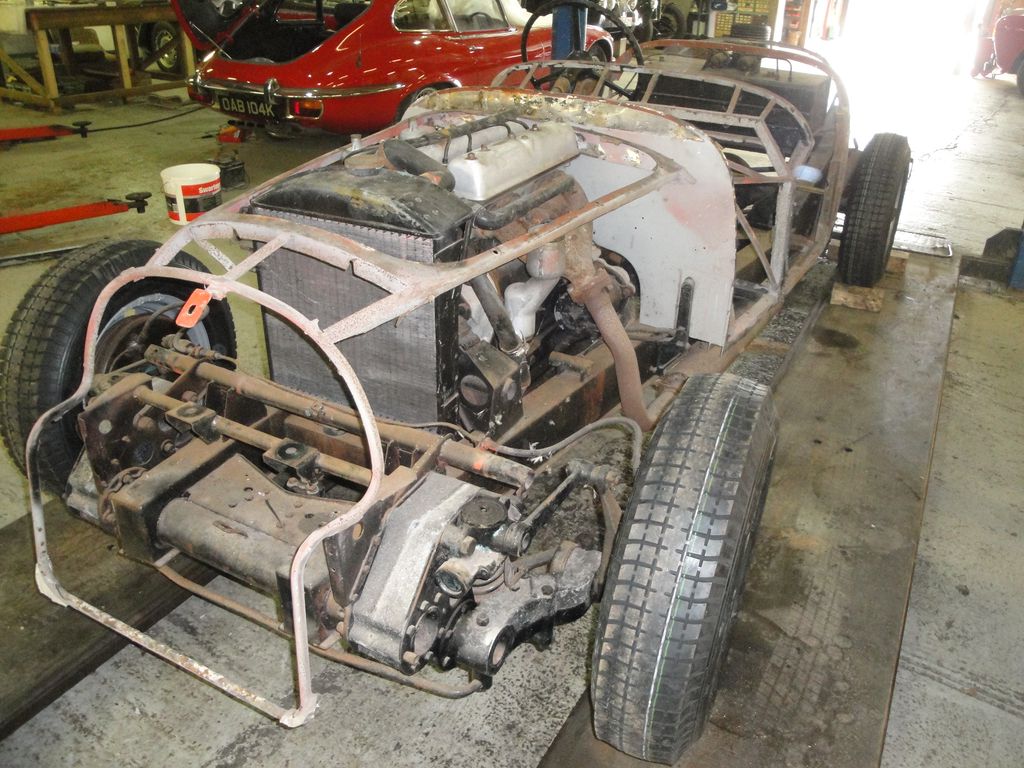 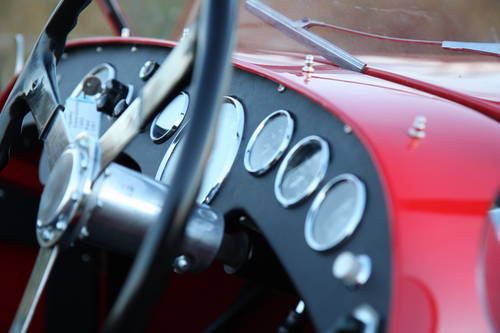 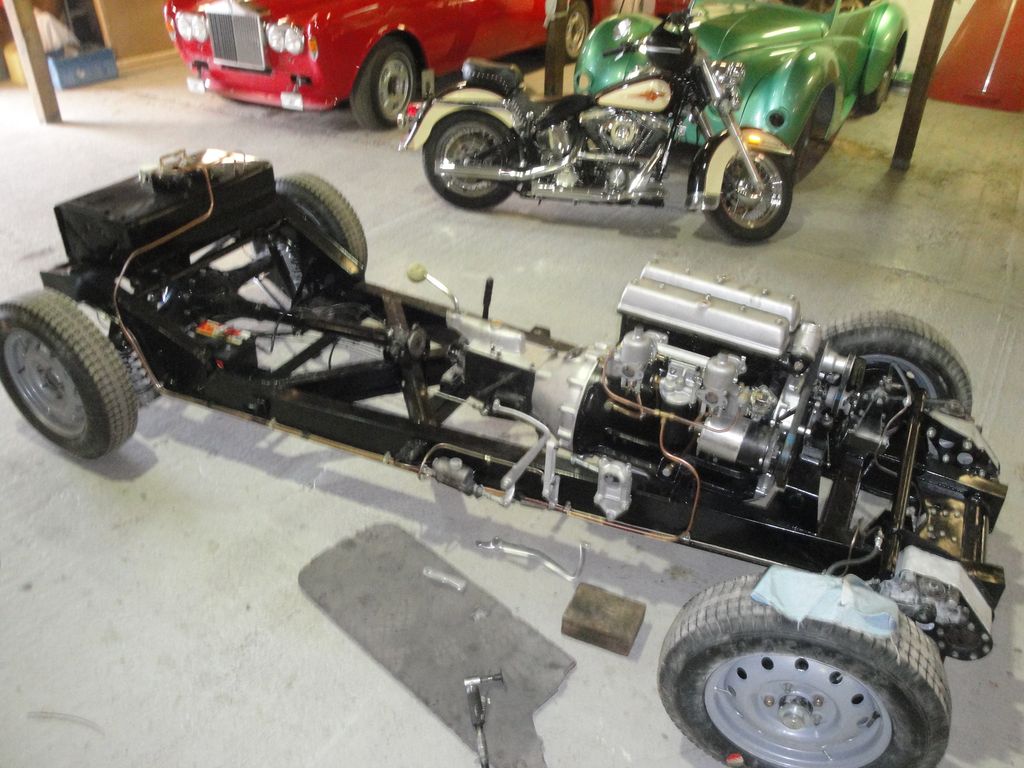 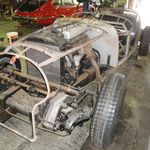 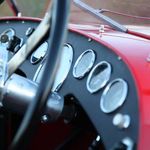 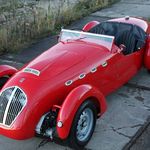 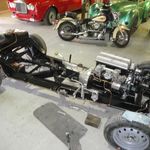 Appendix:
Special body put on car in ?1953 copying the Le Mans car X5
It is definitely E 56. The full width body was put on in about 1953 and disappeared in 1955.It looks identical to the Le Mans car X 5 except it is right hand drive while the LeMans car was left hand drive.
Before the body was changed it had the registration number KLJ 672