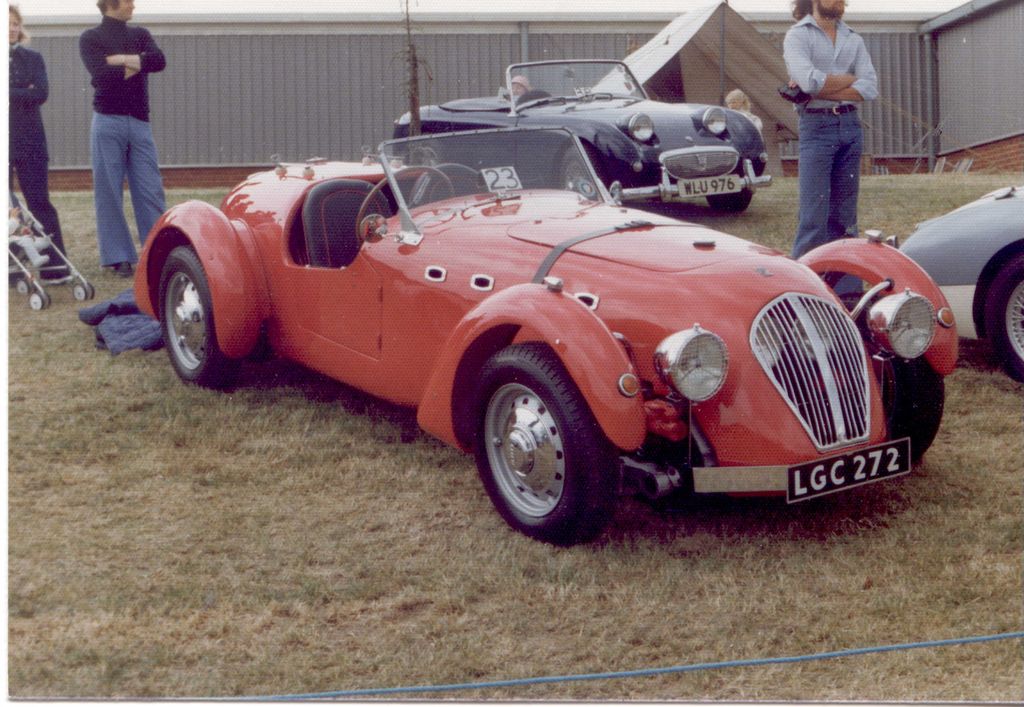 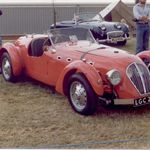 CAR HISTORY:
These notes refer to Silverstone # D50, Engine No. 4307, Regn.No. LGC 272. Registered March 25.1950. Original colour Blue but since changed to Red.
This car was bought by Robin Richards in 1950 and entered at once in the Mille Miglia – as a private entry wi th factory support, being driven to and from Italy. The co-driver was Rodney Lord but only half the distance was covered as the car was retired after running out of road.
The car then took part in the 1950 Tourist Trophy driven by Robin Richards – leader of one team of Healeys, the other team being led by Charles Mortimer – its racing number was 29 and it finished in 11th place overall and in 5th place in its class at 68,87 m.p.h. D 50 also competed at Goodwood during 1950 and was one of eight Silverstones entered in the Production Sports Car race at Silverstone in 1950 organised for the Daily Express by B.R.D.C.
Little seems to be known of its history between 1952 and 1962 but from then onwards it remained in one ownership and competed in sprint meetings. The car then belonged to Frank Amato, a club member, and was restored to its original condition. Sold to Japan in 1979 and restored again and is now used on many classic rallies.