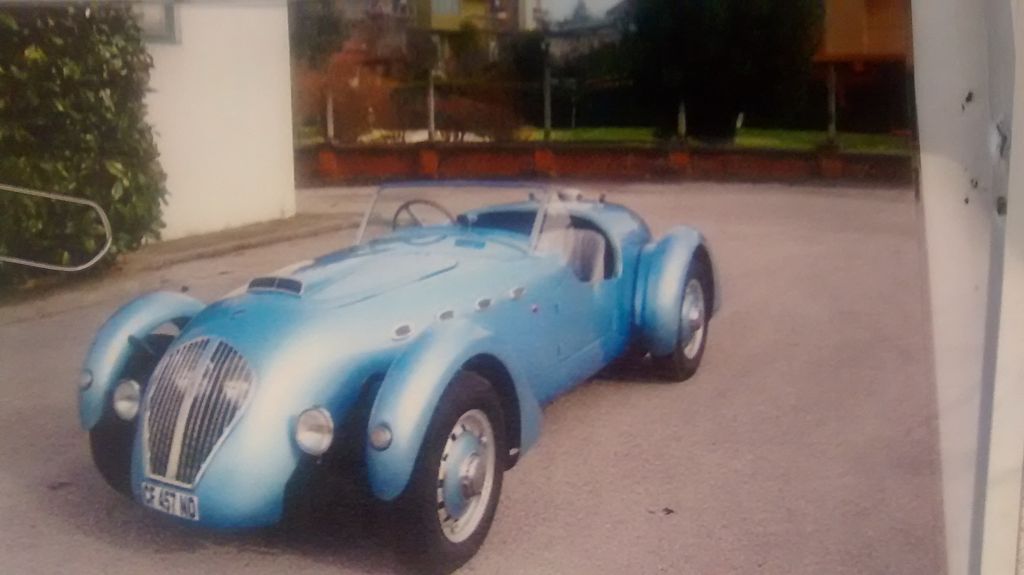 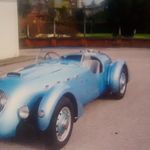 CAR HISTORY:-
Letter: Tom Gray ,the first owner of D29, was the owner of the Bridge of Earn Hotel in Scotland and was a famous extrovert. His passion was to go from one end of Glenfarg to the other with the sole purpose of beating his own record. It was doing this that he had a monumental accident which resulted in the car being rebuilt by the factory.
Mr Stansfield bought the Healey from a farmer. It had caught fire and the farmer had thrown dirt on the engine to put it out and then left it. The car looked absolutely stunning from the back when it arrived on the trailer, but the front was full of weeds. His wife Betty, was horrified!!
However, he painstakingly restored the car, eventually repainting it in british racing green. He sold it to someone in Lancashire. We are not sure of the date but we think he owned it from 1967 – 1971
He died 20 years ago, but his wife still has very fond memories and many photos and knowledge of the car. We used to go to Healey rallies at Harewood House, Harrogate
A.O.H.O. letters

This car was crashed in 1950 and rebuilt with new chassis at the Healey factory.
In 1967 the car was again rebuilt from a wreck.