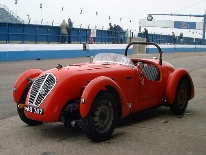 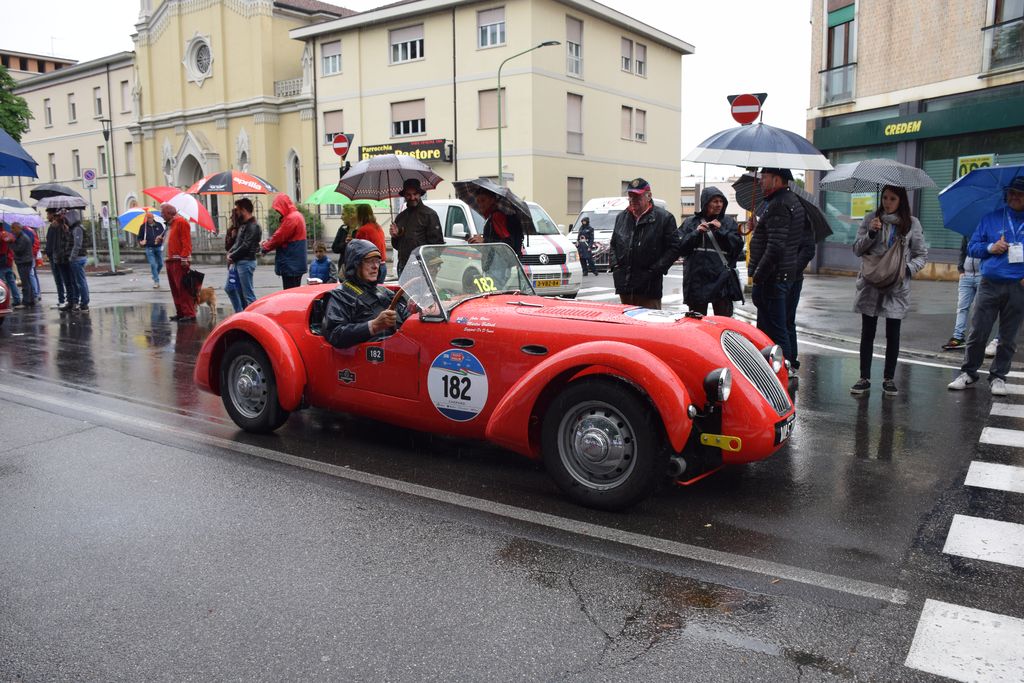 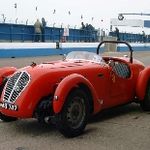 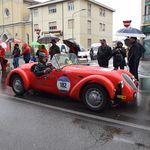 RACING and RALLYING HISTORY:-
more information on RacingSportsCars
Raced at Lacuna Seca in the 80’s
Raced in UK in 2004 and 2005 driver Stewart Wilkie.

CAR HISTORY:-
George Hoffman of Los Angeles found this car in a really sad state (pre 1957) as a result of a fire. He soon discovered that the task of rebuilding was almost to big for him but with perseverance he restored it. Fitted with fixed windscreen and 3 tear drop side vents. It had MG instruments and Carter side-draft carburettors.
Found in a bad state in 1979 by Clifford Jones in the USA and was restored over a period of 4 years. Was raced in California over the next few years .
Brought back to England in 2004 by Stewart Wilkie who prepared it for racing. Raced with the VSCC and HSCC before selling it on Ebay to the present owner in Western Australia.

MODIFICATIONS and DATE:-
The car has distinctive teardrop vents in the side of the body which have been there since before 1957.
Ebay-Auktion – 28.Feb.2005 Vehicle Description 1949 Healey Silverstone. Prepared and serviced by racecar engineers to the highest standards my Healey has been raced in the US and Europe. On the button and ready to compete in vintage race or rallies. Nothing to do and definitely capable of winning any event. Eligible for all classic events worldwide. D23 has all necessary papers to be invited to the worlds premier events. All road gear included eg. front fender, detachable windscreen, wheel trims etc,. There are now many events/rallies that cover this era of motorsports . My car weighs nothing and was designed by Donald Healey to do exactly what it does best. Superlative accelaration, unbelievable roadholding that puts many of todays racecars to shame. Many of the worlds F1 drivers cut their teeth on Healey Silverstones as they are very forgiving. Very good drivers car with no vices and because of this can be driven easily by novice drivers and are easy to maintain.
F1A,FIVA,VSCC,VSCA papers. Would consider part ex up or down anything considered.