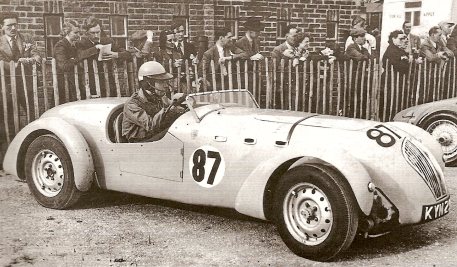 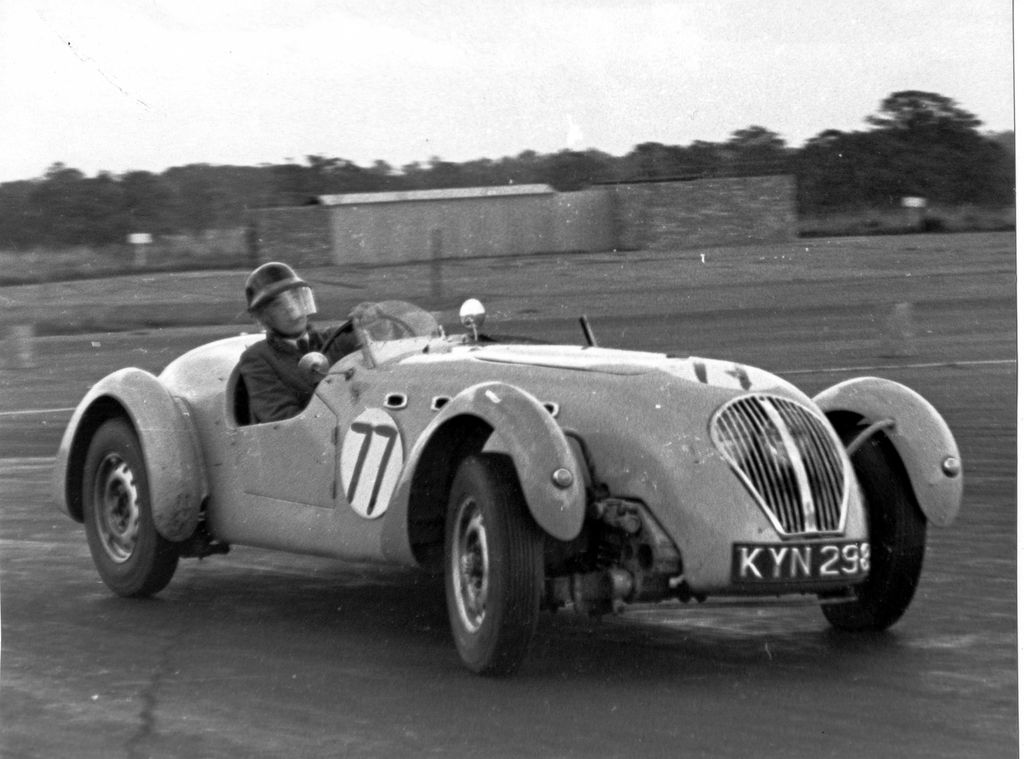 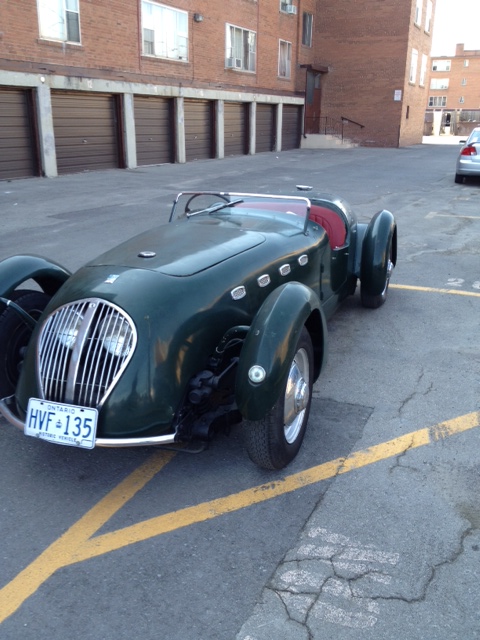 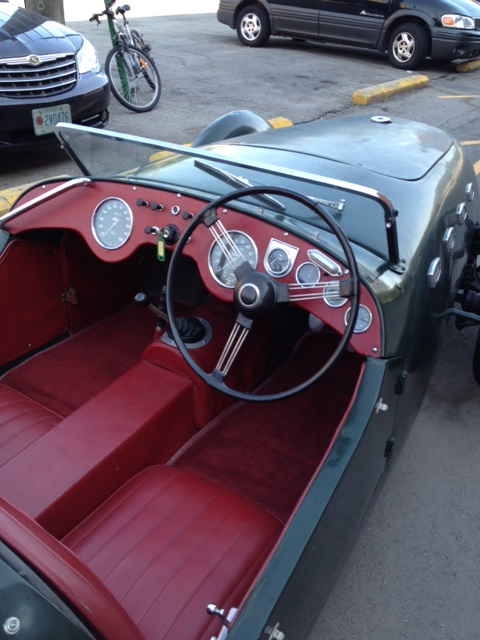 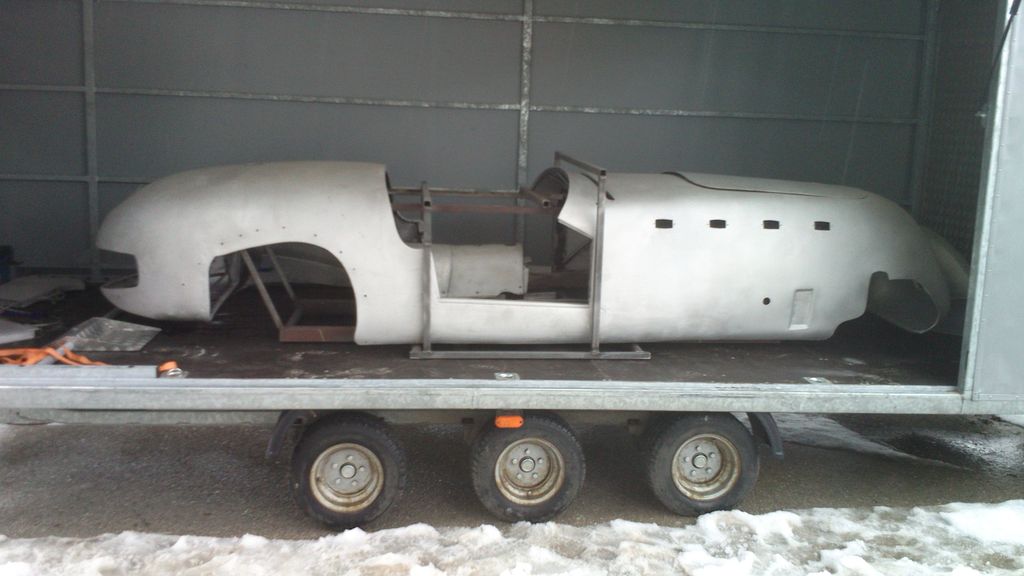 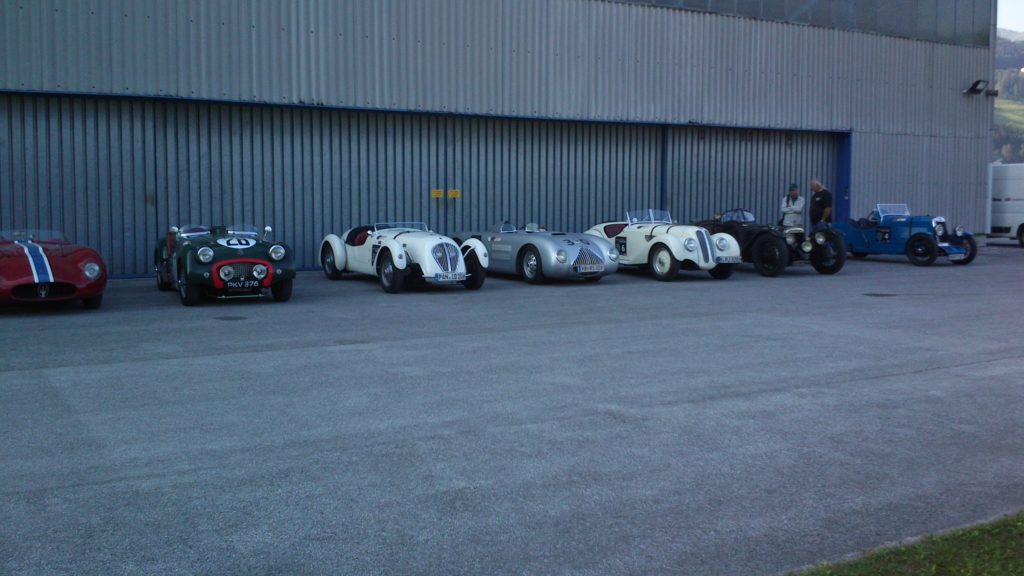 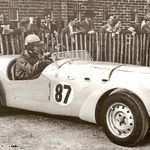 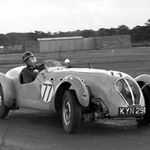 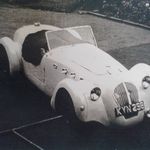 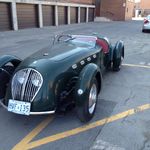 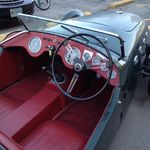 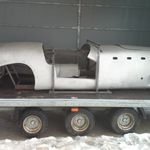 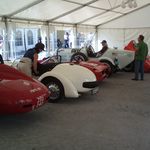 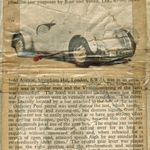 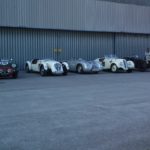 1952 Tony Lockey, a young car designer and race car constructor buys the D20 to drive to work every day. In my research of the previous owners I meet him we exchange photos and letters. Tony Lockey is the youngest racing car designer in the world to date. At the age of 16, after the war, he designed and built racecars with parts from the scrapyard according to his own ideas.

In 2014 at the Ennstal Classic we meet Sir Stirling Moss and are allowed to show him the D20. Not without mentioning that he overtook our D20 1952 at Silvertone several times in his race. We reap a smile and Stirling Moss caresses our chassis with the words. These were times.

In 1949, John Young was an importer of the Gullwings for the UK. In his spare time he races as a gentlemen driver with our D20. His two best friends Bernie Ecclestone and an English timber merchant named Ken Tyrrell. John Young provides young talent to his D20 and Ken is looking for talent for F1. Original quote John Young, who still races in Goodwood today: We were with Bernie and Ken every weekend, and I was the one with the money.

2012 after the purchase of the D20 we visit the OGP at the Nürburgring, where we discover a red Healey Silverstone. I go to the driver with the greeting: Hello I am D20. He replies: Hello D21. Since then, we have had a great friendship with a few duels at the Nürburgring. In the modern era, as in the 50s at Silverstone. Unfortunately, Bernd 2019.
Do well and thank you for your friendship, Bernd.