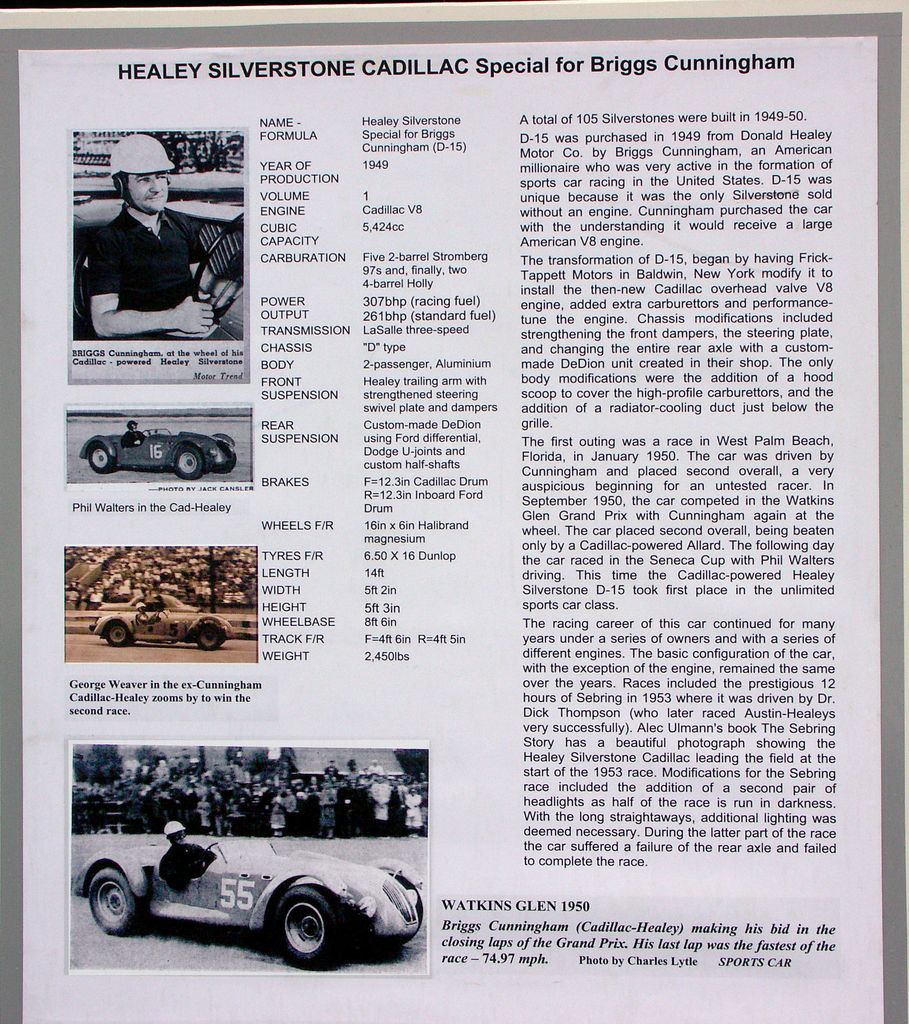 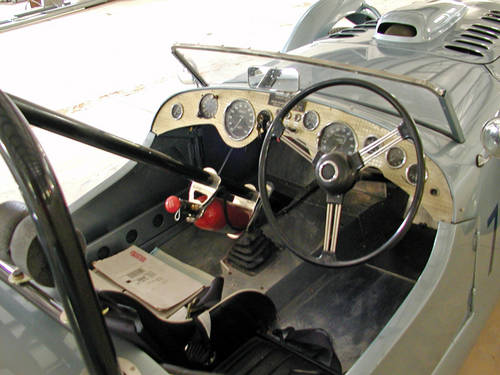 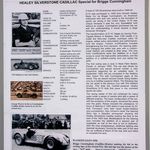 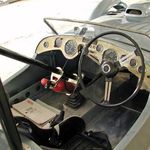 History
Brought new from U.K. in 1949 to the U.S.A by Briggs-Cunningham and raced at West Palm Beech in January 1950 where he was placed second. At the Watkins Glen grand prix on Sept 23rd 1950 he was again second and his codriver ,Phil Walters, a week later won the Seneca cup. At Sebring in Dec 1950 in the 6 hour race Phil Walters and co driver Bill Frick came third overall .Racing in 1951 and 1952 at West Palm Beach with cadilac engine, driven by Phil Walters. An Oldsmobile engine was put in in 1953 and raced at the Watkins Glen grand prix in 1953 driven by George Weaver.It failed to finish, Also raced at Sebring and again did not finish
1962 Glen Classic at Watkins Glen Driver Ray Gaul.
The car was bought by Nat Johnson in 1988 and completly stripped down and restored back to the configuration as raced at the 6 hour grand prix race in 1950. A 1949 cadillac engine was installed with all the other like-new components on a gleaming blue chassis. The body was restored to the Sebring race configuration.