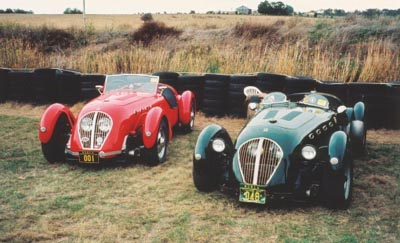 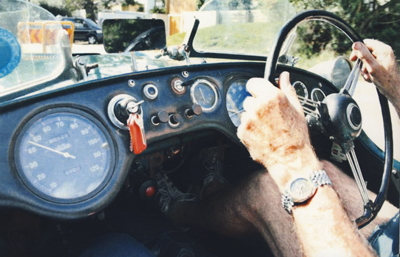 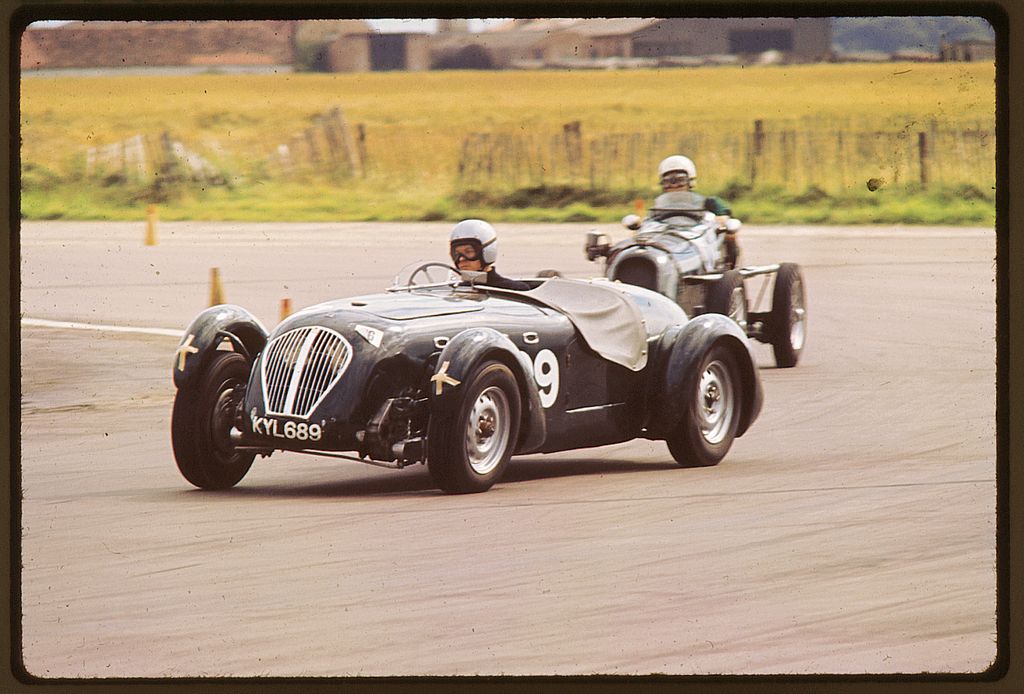 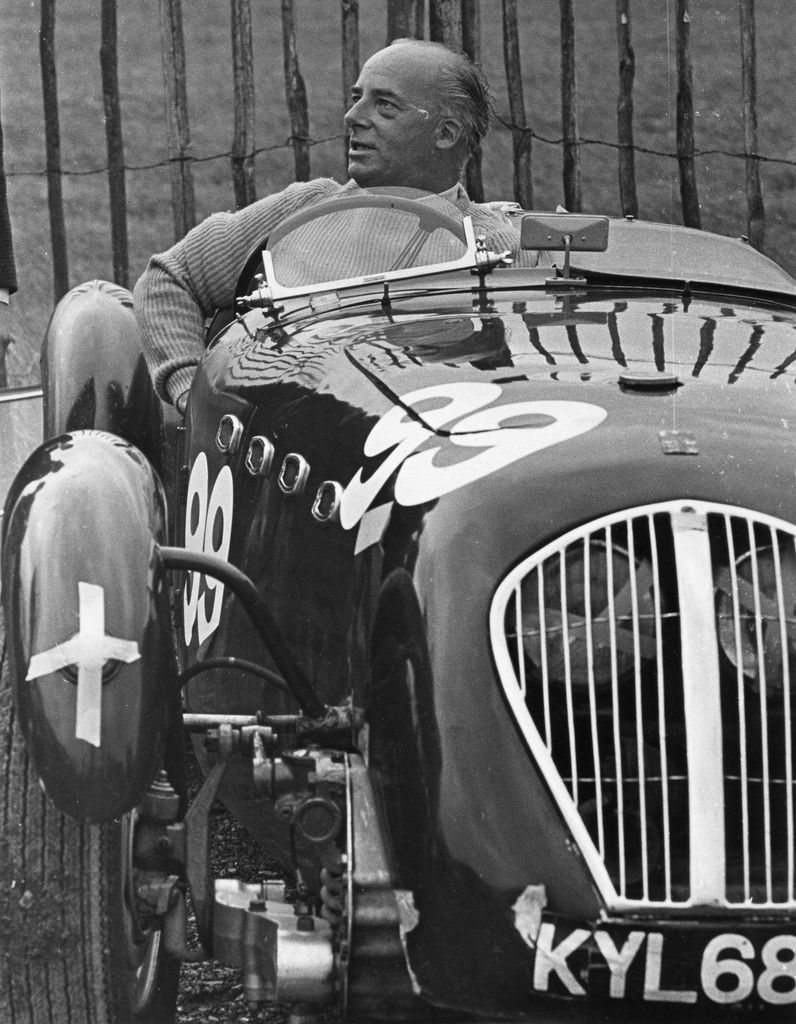 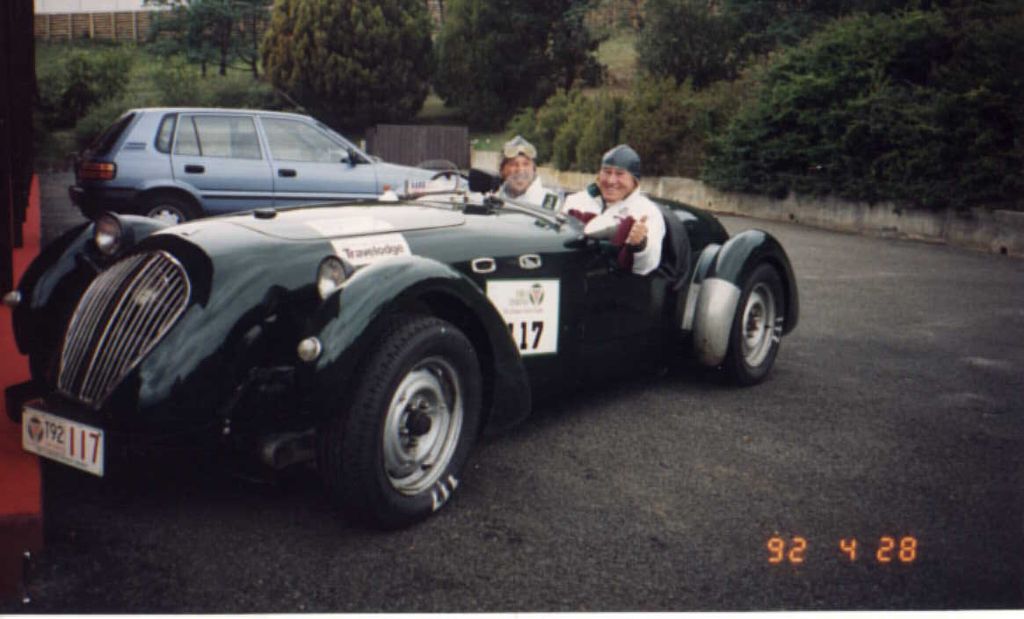 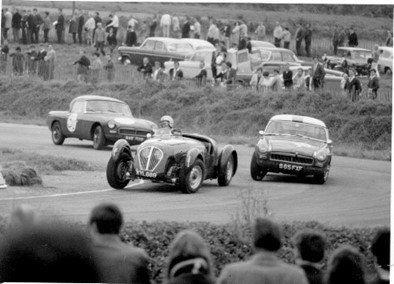 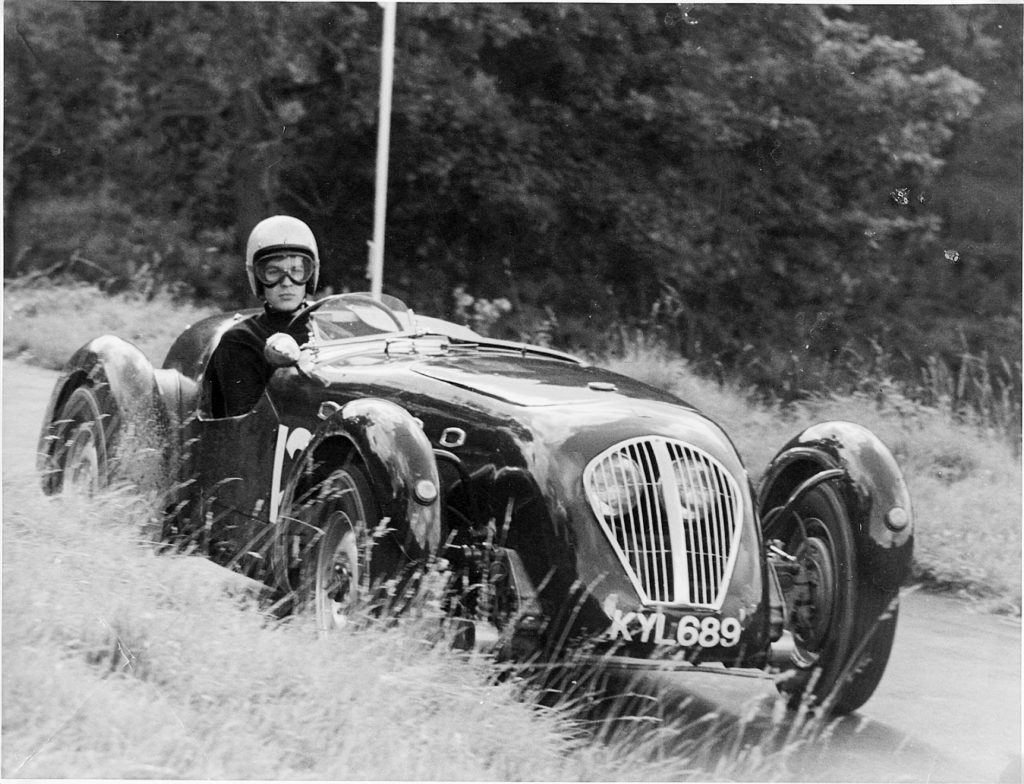 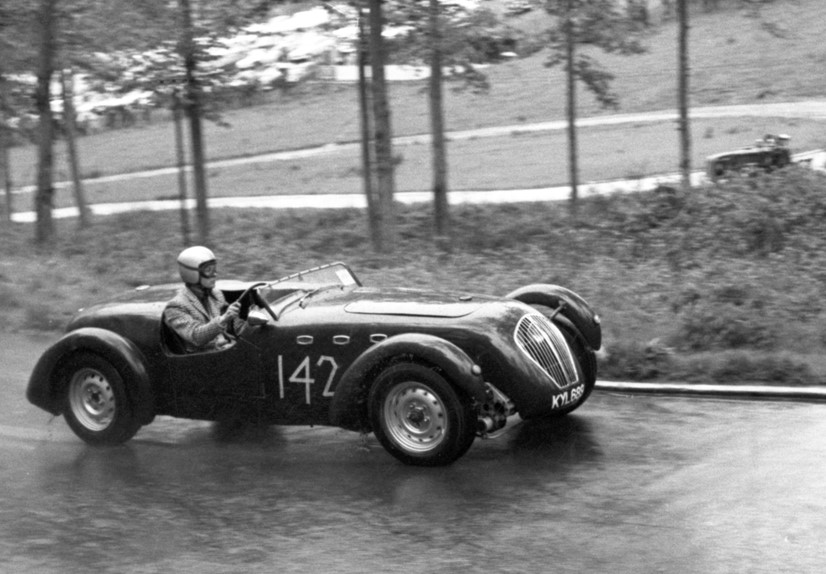 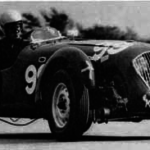 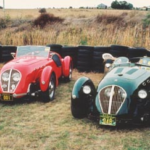 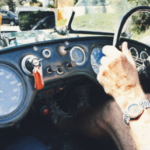 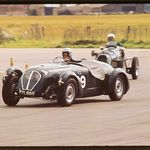 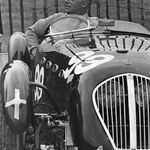 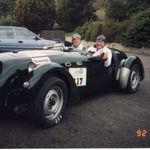 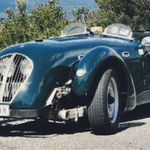 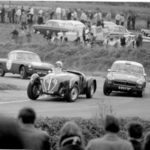 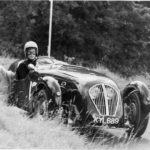 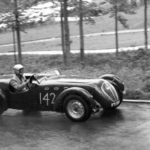 Restauration 1966 after accident, by Dudley Richard:

I am pleased to say that all this work was carried out satisfactorily allowing me to concentrate on the engine and running gear.

The rear axle and torque-tube were repaired by Bentley specialists Hoffman and Burton in Henley. All suspension ball bearings were replaced; the brakes and master cylinder rebuilt – I had the brake back plates and steering uprights cadmium plated. The shock absorbers rebuilt by PR Hydraulics in Hersham who specialised in rebuilding lever-arm shock absorbers. The carburettors were rebuilt by the S.U. factory.The original engine posed something of a problem. Earlier on it had thrown a big end whilst I was cruising down the M4 Motorway at 4,500 rpm, completely wrecking the engine. I replaced this with one taken from a Riley RMF and had it rebuilt by Prince Machines in Horsham. Their chief fitter told me that the white bearings on this engine were very vulnerable at anything over 4,500 rpm and advised me that the later but similar Riley Pathfinder engine (Type RMH), with its thin wall bearings, was far more robust. I took careful note of this advice.I also replaced the piston type accelerator with a smoother and more practical cast aluminium foot lever.